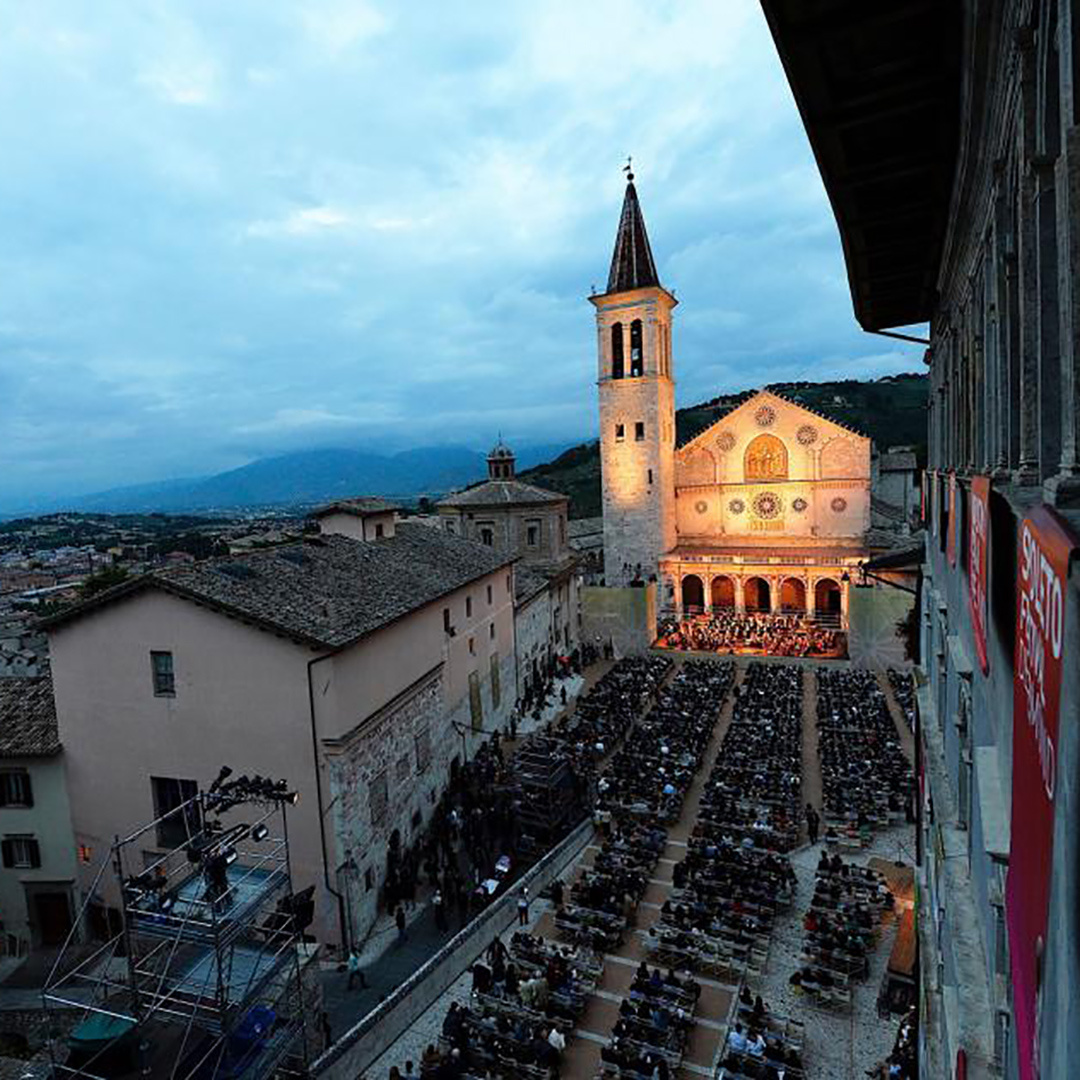 Festival dei Due Mondi has been and continues to be one of the most important and innovative cultural appointment worldwide. It is more popular abroad than in Italy, it doesn’t have rivalry even in Europe that can share the path and quality of the events, whom have described its many years of life.

Spoleto Festival was born in 1958 on impulse of master composer Gian Carlo Menotti  and if his vision: merge two cultures and two artistic worlds much different, the European and the American – from here the name, under the banner of arts in every form and expression.  And to set up an event that could be as international as possible.

Living and conjugating arts in all its forms, so, classic and innovative, all in the same place.

The festival it’s usually attended from the last Friday of June to the third following sunday, which is around the mid of July and it finishes with the traditional Concert in Piazza del Duomo, in which, year by year, perform the most prestigious philharmonic orchestras in the world.